As discussed in the Basic Guide, networking between instances in the Rapid Access Cloud is straight-forward, as each instance is assigned a private IPv4 address that can be used to communicate with each other. For networking instances with the public internet each instance is assigned a public IPv6 address, however if IPv6 can’t be used for any reason it is possible to allocate a single IPv4 address to your project.

When launching an instance in the Rapid Access Cloud, it is automatically configured to be on the "default" network provided that this is the only network available. This is the network which provides one private IPv4 address and one public IPv6 address.

In addition to the default network, you have the ability to create one or more of your own networks. This enables you to create a hierarchy of networks for your instances to do such things as create private network communication between instances or to dedicate traffic to certain networks (for example: a network that will only transmit database traffic).

You can also create and manage networks using the OpenStack command-line tool:

Once your networks have been created, you can now launch instances on those networks. Choose which networks your instance will be attached to by going to the Networks tab in the Launch Wizard and select both the default and mynetwork options.

In addition to creating self-service networks, you can also create your own routers to connect these networks. To create a router, click on the Network panel in the Rapid Access Cloud dashboard and click on Routers.

Once a router is created, it is connected to the network as specified during the setup. In order to connect it to another network, click on the router just created under Routers and navigate to the Interfaces tab. There you will be able to add an interfaces to your router. This can also be done through the Network Topology (see below).

You can also create and manage routers using the OpenStack command-line tool:

Once the above steps are done, you can return to the dashboard and see the networks, subnets, and router in the Network Topology: 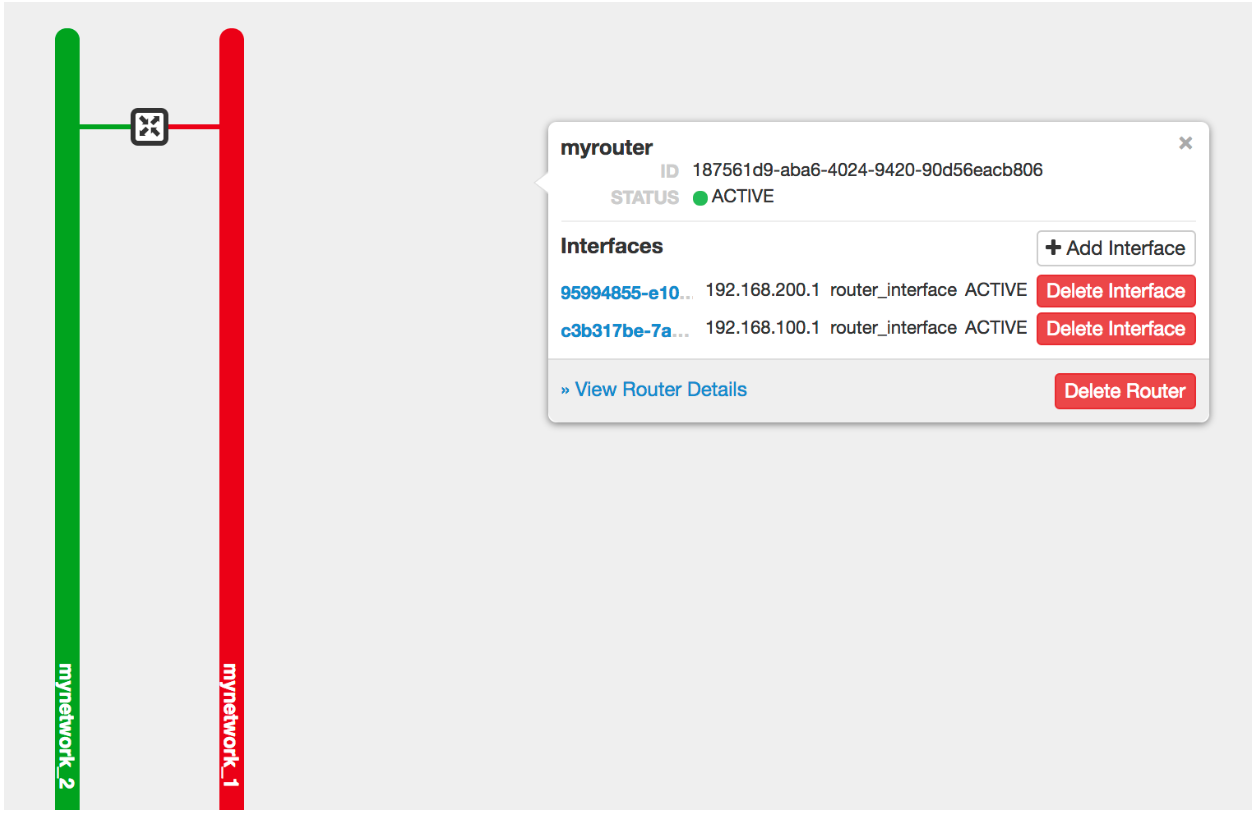 Using the Command Line Tools, you can add these rules as follows: