In 2013, the Government of Alberta announced that 98% of Albertans had access to download speeds of at least 1.5 megabits per second (Mbps). This was partly due to the $5.1 million of provincial funding for the Central Alberta Satellite Solution and Final Mile Rural Connectivity Initiative.7 8 In 2015, the Canadian Radio-television and Telecommunications Commission (CRTC) reported that this accessible speed had grown, with 98% of Alberta households having access to download speeds in excess of 5.0 Mbps9 (see Table 1) and a penetration rate of 81%10. On average, the national speeds were reported to be 18.6 Mbps download and 7.3 Mbps upload in 2015.11 Alberta was reported to have lower speeds than the national average, with speeds of 13.5 Mbps download and 5.0 Mbps upload.

In April 2014, the Government of Canada released the Digital Canada 150 national digital economy strategy. As part of this strategy, $305 million of the Connecting Canadians program was earmarked to address gaps in the delivery of high-speed internet (at speeds of at least 5 Mbps) to rural and remote communities across the country.12 Of this funding, $50 million was designated for Nunavuk and Nunavik,13 leaving $255 million for the remainder of Canada. To date, Alberta has received $3.6 million of the Connecting Canadians funding (split between IWantWireless.ca and Arrow Technology Group Ltd) to expand services to a target subscriber base of 6,000 households.14

The Connecting Canadians initiative also created a national broadband coverage map15 (see Figures 3 & 4), with input from ISPs, to identify the areas of Canada that have underserved (< 5 Mbps download speed) or unserved broadband needs. The CRTC released a similar map (see Figures 5 and 6) in April 2016. It depicts the availability of broadband internet access service at or above the CRTC’s target speeds of 5 Mbps download and 1 Mbps upload within hexagonal service areas of 25 square kilometres. 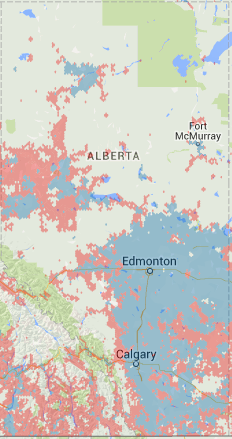 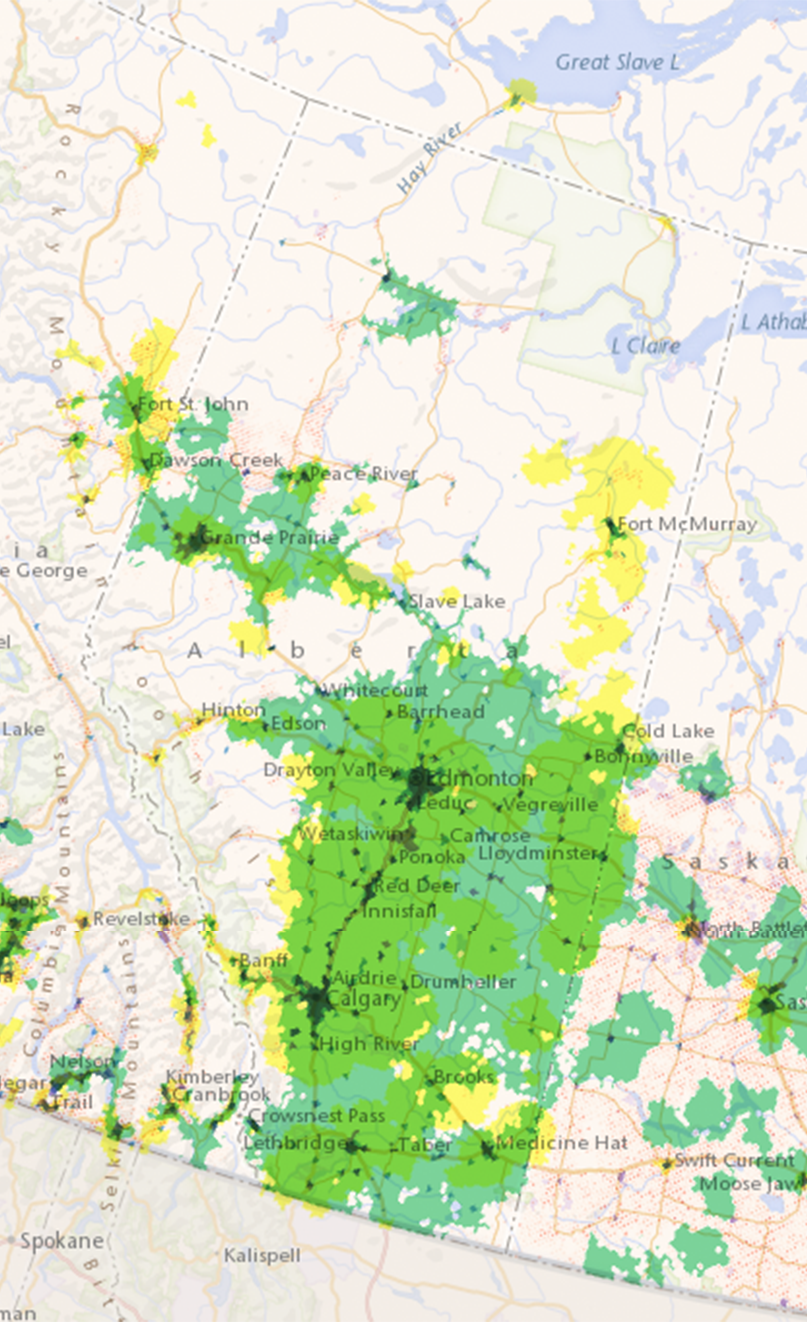 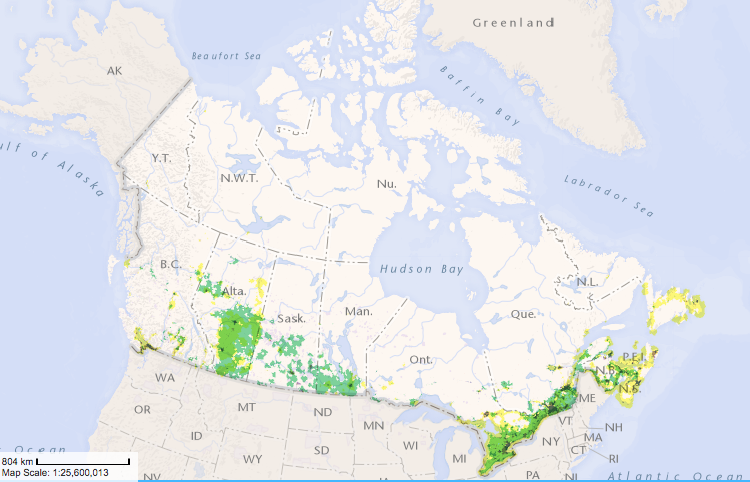 Within the CRTC map, a hexagon is classified as served if at least one household in the 25 square kilometre area has access to internet service at speeds of at least 5 Mbps download and 1 Mbps upload. In the course of our conversations with stakeholders, this mapping methodology received criticism from some fixed wireless ISPs, as it can lead to an overrepresentation of broadband coverage in Alberta. Similar critiques were put on public record at the CRTC’s April 2016 Review of basic telecommunications services hearing.20 The CRTC also notes that: “Internet speeds at or above the CRTC’s targets may not be achievable throughout the entire LTE coverage area.”21

Cybera has further heard from fixed wireless ISPs (whose services cover the largest areas of the maps) that download/upload speeds of ≥ 5/1 Mbps may not be available to all subscribers at all times. Fixed wireless access can be complicated by weather, the distance of the subscriber to a tower, and congestion on the wireless access portion of the network, particularly during peak internet usage periods. Please refer to the Fixed Wireless Access/Wireless Internet Service Providers section of this chapter for more information on wireless access networks in Alberta.

Using the estimate that 98% of the province’s population is covered, this leaves 2% — 80,000 Albertans — without access to internet at speeds of at least 5 Mbps download and 1 Mbps upload. All access rates discussed above do not take into consideration the affordability of broadband service.